LAS VEGAS (AP) — Silk Sonic — the all-star union of Bruno Mars and Anderson .Paak — opened the Grammy Awards on Sunday in Las Vegas with their high-energy, infectious fix of retro soul and funk by performing their “777.”

Host Trevor Noah introduced the duo by saying they were singlehandedly bringing back the 1970s, “which might explain the inflation.”

By the time the show started on CBS, Jon Batiste has already taken home four Grammy Awards, including his first ever, in what could be a big night for this year’s leading nominee.

“I am so grateful for the gifts that God has given me and the ability to share that for the love of humankind,” Batiste said. “We just wanted everyone to see it. Any depression, any bondage or any darkness that was over your life is completely removed by just the love and the joy of the video.”

Batiste — not present for his first three awards — also won for “Soul” alongside Rivera for his composing efforts on “The Queen’s Gambit.”

Batiste — who lost in four other categories — entered the Grammys as the leading nominee with 11 nominations. The losses halted the multi-talented performer from making history for most wins in one night.

After Noah announced all the stars due to present and perform — he called them a “musical Madame Tussauds” — Olivia Rodrigo performed her arching hit song “Drivers License.”

Foo Fighters won three awards, but were not in attendance to pick up their trophies following the recent death of its drummer Taylor Hawkins. The rock band did extend their record for most best rock album wins with five for “Medicine at Midnight.” The group’s song “Making a Fire” won best rock performance and “Waiting on a War” bested other nominees for best rock song.

TJ Osborne, who came out as gay last year, fought back tears as he and his brother accepted a Grammy for their song “Younger Me.” He noted the song was inspired by his coming out.

“I never thought that I would be able to do music professionally because of my sexuality. And I certainly never thought I would be here on the stage accepting a Grammy after having done something I felt like was going to be life changing and potentially in a very negative way,” Osborne said.

“And here I am tonight, not only accepting this Grammy Award with my brother, which I love so much, but I’m here with a man that I love and he loves me back. … “I don’t know what I did be so lucky.”

Osborne performs with his brother John as the Brothers Osborne.

Ahmir “Questlove” Thompson won his sixth Grammy for best music film through “Summer of Soul (… Or, When the Revolution Could Not Be Televised.”) His documentary also won an Oscar for best documentary feature last weekend.

“Thanks to the academy for this nomination and this win, I didn’t expect this,” she said.

Eilish could become the first artist ever to win record of the year three times in a row, and the only artist along with Paul Simon to take home the award three times. She’s in position to join Adele as the only artists to ever win three major categories — record, song and album of the year — twice. She previously won for “Bad Guy” and “Everything I Wanted.”

Trevor Noah returns for a second time as Grammys host. The ceremony shifted from Los Angeles to Las Vegas because of rising COVID-19 cases and the omicron variant in January, with organizers citing “too many risks” to hosting the performance-filled show at the time. It airs live beginning at 8 p.m. EDT on CBS and Paramount+.

If Eilish wins in all her seven nominated categories, she’ll be the woman with the most Grammys won in a single year (H.E.R., Doja Cat and Rodrigo could do the same). But that might be a tough feat with Eilish facing some stiff competition for the show’s top prize — album of the year — which was expanded to 10 nominees.

Even if Eilish comes away with six wins, she’ll be tied with Beyoncé and Adele — which is not bad company to be in.

Rodrigo has an opportunity to join Eilish and Christopher Cross as the only artists to win all four major categories (best new artist, album, record and song of the year). The 19-year-old “drivers license” singer could be following Eilish’s remarkable record by becoming the second-youngest album of the year winner with “Sour.”

H.E.R., who won song of the year last year for “I Can’t Breathe,” could go back-to-back. She’s nominated this year for the soulful “Fight for You,” whose poignant lyrics from the “Judas and the Black Messiah” soundtrack were written by H.E.R., producer D’Mile and singer Tiara Thomas. It won an Academy Award for best original song last year.

The awards will be without several big names: Drake and The Weeknd both decided to not take part in the Grammys, at all. Ye, who changed his name from Kanye West, said he was told that his act was pulled from the show.

West, known as Ye, was not in attendance to accept his award for best rap song through “Jail,” featuring Jay-Z, who extended his record as the most awarded rapper of all time with 24 wins for his songwriting on the song. Jay-Z is also up for album of the year for his guest appearance on West’s “Donda.”

Cardi B and Megan Thee Stallion will battle to see who becomes the first woman to win best rap performance as a solo artist. Stallion, who won the award with Beyoncé last year, is nominated for her song “Thot S(asterisk)(asterisk)(asterisk),” while Cardi B is up for her crossover hit “Up.”

Bennett extended his record as the artist with the most traditional pop vocal album with 14 wins with “Love for Sale,” a duet album with Lady Gaga.

For more on this year’s Grammys, visit: https://apnews.com/hub/grammy-award 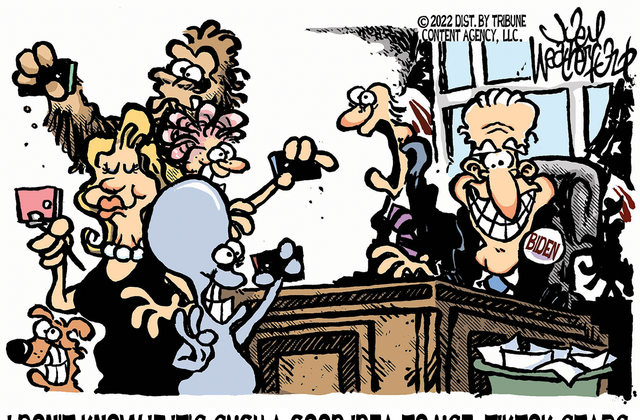