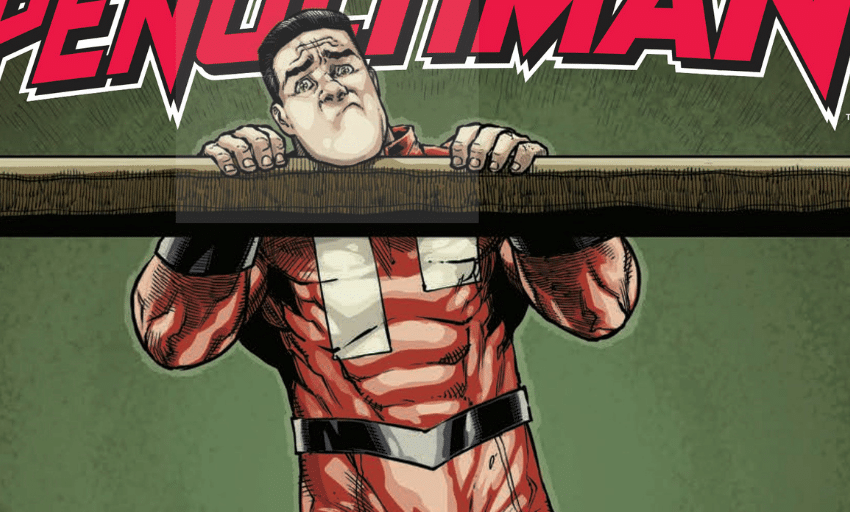 Tom Peyer (The Wrong Earth) wrote and Alan Robinson illustrated Penultiman (Planet of the Nerds). The titular character is a prehistoric human who has been dragged from 90,019 BCE to the present day. Despite the fact that he seems to have it all – amazing abilities, good looks, and the world’s appreciation – Penultiman is sad. Being “The Next-To-Last-Stage In Human Evolution” isn’t easy.The series follows Penultiman’s quest to find happiness, with a little help from his helpful robot sidekick Antepenultiman.

“We’ve seen characters who represent the ultimate stage of human potential, but I don’t think we’ve met any who are just a little worse than the best,” said Peyer in a press release. “Imagine the anxiety of being so advanced—only to be outclassed. That’s PENULTIMAN.”