MIAMI (AP) — A Venezuelan political strategist allegedly threatened to shoot a gun through the door of his luxury Miami condo to avoid being served a lawsuit by a former U.S. Green Beret he hired as part of a plan to oust President Nicolas Maduro, according to a court hearing Monday.

Jordan Goudreau in October 2020 sued JJ Rendón for $1.4 million, alleging breach of contract, after Rendon walked away from a plan he briefly pushed on behalf of the Venezuelan opposition to depose Maduro with the help of the three-time Bronze Star recipient and Iraq war veteran.

Goudreau nonetheless plowed ahead, traveling to Colombia to help train a ragtag army of volunteers at secret camps set up by deserters from Venezuela’s military. Operation Gideon — or the Bay of Piglets, as the bloody fiasco came to be known — ended with six insurgents dead and two of Goudreau’s former Special Forces buddies behind bars in Caracas.

Goudreau and his Florida-based company, Silvercorp USA, accuse Rendón of defaulting on an agreement they had signed earlier to detain, capture or remove Maduro and install in his place Juan Guaidó, who the U.S. and dozens of allies recognize as Venezuela’s legitimate leader.

The case has been dormant since Goudreau filed his 133-page complaint, which reads like an intrigue-filled Netflix series involving everything from clandestine airstrips to aides to former Vice President Mike Pence.

At a hearing on Monday in Miami, Goudreau’s attorney asserted that the reason the case hasn’t moved forward is because Rendón has repeatedly and intentionally refused to accept the summons — a basic first step in any civil lawsuit.

According to Goudreau, a court certified server attempted to personally deliver a summons on seven occasions starting in August 2021 — almost 10 months after the lawsuit was filed — by knocking unsuccessfully on the door of Rendón’s downtown Miami apartment.

During the last attempt, at 8:30 p.m. on Oct. 25, he was informed by the building’s front desk that Rendón had called down to say he would “shoot through the door” if he ever attempted to knock again, according to a sworn affidavit filed ahead of Monday’s hearing.

“My process server at that time decided to do a strategic withdrawal,” attorney Gustavo Garcia-Montes said during Monday’s brief, one-minute hearing, which ended with Judge Carlos Lopez granting Goudreau’s request that Rendón be formally notified through alternative means available to the court, such as certified mail or an advertisement in a newspaper.

Rendón denied making any such threats, saying that his door to his apartment is bulletproofed and he doesn’t possess any guns.

“It’s another crazy, delusional and baseless claim inside an originally baseless lawsuit,” he told The Associated Press in a brief statement.

Rendón in the past has questioned Goudreau’s motives for bringing a lawsuit he considers frivolous. He’s asserted that the agreement they signed, for which he reimbursed Goudreau $50,000 to cover expenses, was exploratory in nature and in any case nullified months before he launched the ill-fated raid on his own.

In his lawsuit, Goudreau claims that that what was known as the “Alcala plan” — for one of its ringleaders, former Venezuelan Army Gen. Clíver Alcalá — had been approved by the U.S. government.

To back his claim, Goudreau cited three meetings he had with a former aide to Pence named Drew Horn, who went on to serve as a senior adviser to the Director of National Intelligence. During those meetings, Goudreau said he was assured by Horn that licenses from the U.S. government regarding the procurement of weapons for the coup effort were forthcoming, although there’s no evidence anything came of those discussions.

U.S. officials have repeatedly denied any involvement in the failed plot.

Still, the U.S. has long encouraged efforts to unseat Maduro, including by offering a $15 million reward for his arrest on U.S. drug charges and support for a failed barracks uprising that preceded Operation Gideon. 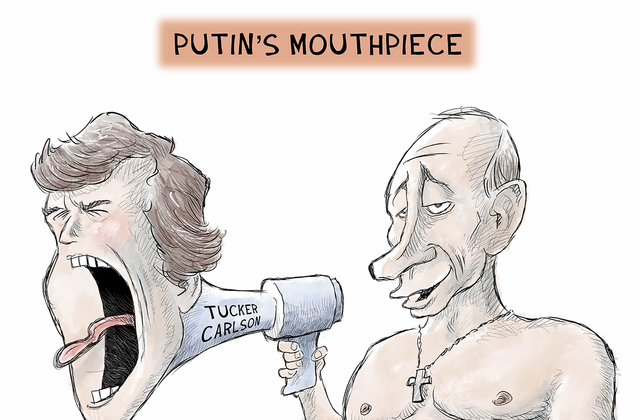