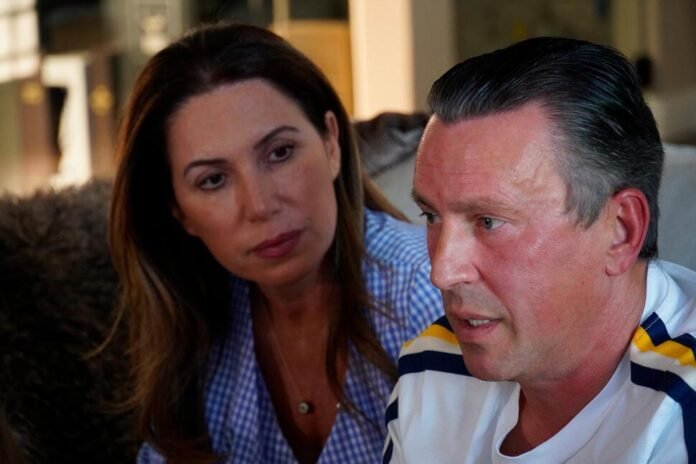 LOS ANGELES (AP) — When her daughter was diagnosed with cancer, Tetiana Chatokhina didn’t hesitate to make the trip back to her native Ukraine to help her recover from surgery and care for her 14-year-old grandson.

But the 75-year-old disabled American citizen found herself trapped alongside her family in Kharkiv, Ukraine’s second-largest city, targeted by nightly shelling and bombs after Russia invaded a little more than a week ago.

The underground shelter wasn’t big enough for all three of them, so Chatokhina, her daughter Olena Iarova, and Iarova’s son stayed above ground despite the risk. Two lay beneath a table; Chatokhina, nearby, on the floor. They took turns sleeping and keep the lights off, and voices low, in the hopes the Russian military would think the home was abandoned and pass them by.

“Every time we go to bed, we don’t even sleep,” Chatokhina said in whispers over the phone before the family left the city and headed West toward Poland, hoping to make it across the border.

The family is one of many stranded in Ukraine since the Russian invasion, including American citizens caring for family members who are Ukrainian citizens. The closure of the U.S. embassy in Kyiv postponed many visa interviews and limited the services the country can provide to people seeking to leave Ukraine. Families have been contacting Congress and immigration lawyers in the U.S. pleading for help.

There’s no known estimate of how many Americans remain in Ukraine after weeks of warnings urging them to leave before the invasion.

The State Department has been “just completely unhelpful,” said U.S. Rep. Nicole Malliotakis, a New York Republican whose office worked for several days to push forward the visa application of a Ukrainian woman whose husband lives in Malliotakis’ district. “I know some of my colleagues are facing that same experience, and it’s just really reminiscent of what occurred in Afghanistan when we were trying to evacuate families and help people get out of Afghanistan.”

The department has support teams near the Ukrainian border in four neighboring countries to assist U.S. citizens and opened a “welcome center” in Poland. But people seeking immigrant visas who are trying to transfer their case to another U.S. embassy have to contact that specific embassy for a list of requirements, the department said this week.

After several emails sent by Malliotakis’ office, the State Department agreed to transfer the woman’s case to Moldova and the couple has now reached that country.

Thousands of miles away, in a hilltop home in Los Angeles, Chatokhina’s son and daughter-in-law have been sleepless as well. They’ve called their congressional representative and the State Department, desperate to get the family out.

They want to get them to the border with Poland — a stretch for Chatokhina, who recently underwent surgery herself and needs walking assistance — and then to a U.S. consulate for a long-awaited interview for a green card for Iarova, for which she was sponsored years ago.

“I actually called the State Department and I was told that there’s nothing they can do until she’s in a EU country or any country outside of Ukraine,” said Galina Blank, Chatokhina’s daughter-in-law. ”The State Department can’t do anything. They’re not doing anything for United States citizens.”

In 1990, then-21-year-old Edward Chatokhin left his hometown of Kharkiv in what was the Soviet Union to try to make a life in the United States. Years later, he married Blank, who had moved to Los Angeles as a Soviet refugee when she was a child.

After Chatokhin became an American citizen, he sponsored his mother for a green card and she went to live with them in California. Once she, too, became a U.S. citizen, she applied for Iarova to join them.

Although U.S. authorities have approved her application, Iarova still needs a consular interview to get a green card. Since the coronavirus pandemic, many of these interviews have been delayed, and Blank said she’s unsure how long it would have taken before the invasion. She said the State Department told her that if Iarova can get to another country they would expedite her interview.

The situation in Kharkiv is dire, the family said. They were running out of food. Their water was cut off. The weather is extremely cold.

When the invasion began, they thought the Russians were trying to scare them. But it only got worse, Iarova said.

“There is no mercy, not to anyone at all. We could imagine anything, but not that they would drop bombs on us,” she said. “I just want to save my child.”

In Los Angeles, Blank, a lawyer, and Chatokhin, an internet entrepreneur, have been working the phones, trying to find someone to help the family flee. Initially, a friend offered to drive them to the border, but a nearby bridge blew up and he couldn’t reach them, Blank said.

When his mother left Los Angeles about two months ago, Chatokhin said he didn’t have any worries about the situation in Kharkiv. Even as chatter surfaced about a possible attack, he said he and his friends saw it as no more than media bluster, adding that the two countries have a shared language, history and culture.

Last Wednesday, his nephew went to school, like always. A day later, there was war.

“We’re the same people. It just makes no sense,” Blank said. “That’s why nobody ever believed that anything like this could happen.” 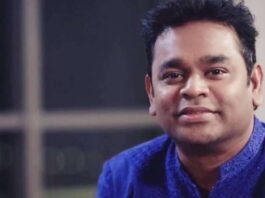 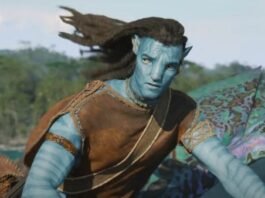