THE HAGUE, Netherlands (AP) — Until a few days ago, Volodymyr Musyak was on the front lines defending Ukraine from Russia’s devastating assault on his nation. Now he’s preparing to pick up a bow and arrow in the Invictus Games archery competition.

The sporting event for active service personnel and veterans who are ill, injured or wounded opens Saturday and ends April 22 in this Dutch city that calls itself the global center of peace and justice.

Those concepts seem a world away to the team of 19 athletes from Ukraine and their supporters as they settle in The Hague for the games.

“I think that emotionally it’s something that requires time … because we come from a very disturbed area as we come from the areas where the actual killings every day are happening, the shelling, the bombing, we hear sirens every day,” said Oksana Horbach, Ukraine’s Invictus Games National Coordinator.

One of the team, Taira Paievska, did not even make the trip after being taken hostage by Russian forces in Mariupol where she worked as a paramedic, Horbach said.

Four Ukrainians who were not due to participate in the games but were active in the worldwide community of injured servicemen and women died in March, two while on active duty and two in rocket attacks, Invictus Games organizers said on their website.

Pavlo Kovalskyi, who is participating in rowing, archery, wheelchair basketball and possibly also sitting volleyball, said that, as well as competing, he wants to spread the word about the harsh realities of war in his homeland.

Traveling to the games gives the 31-year-old a chance “better to tell, convey information to the audience, our friends, our new acquaintances, just fellow athletes, what is happening now,” he said.

Ukrainian President Volodymyr Zelenskyy urged the team on via a video link after their arrival.

“Victory is important for us, it is important to prove that we are all unconquered,” he told the participants. “And your team is part of the spirit of indomitability of Ukraine, the Ukrainian people and each of us.”

The Ukrainians are among some 500 competitors from 20 nations participating in the Invictus Games that begin with an opening ceremony Saturday and end April 22. Russia has never taken part in any of the previous games and does not have a team in The Hague.

The event is the brainchild of Britain’s Prince Harry, who will be in The Hague with his wife, Meghan, for the opening days of the games, which were twice delayed by the coronavirus pandemic. The first edition of the games was held in London in 2014, followed by Orlando in 2016, Toronto in 2017 and Sydney in 2018.

For the Ukrainians, the games are a brief respite from the grim realities of life in wartime and an opportunity to highlight the plight of their nation.

“The death, the destruction, the rapes, everything, this is something that my competitors and team staff members experience every day,” Horbach said. “So it needs to be heard, it needs to be told. It is very important for us that we, as Ukrainians, have that voice, have a platform to voice who we are, what we do and what we experience every single day since Feb. 24.”

Musyak, who suffers from the a concussion caused by a mine blast, is competing in events including archery, but has to prepare without his coach, Dmytro Sydoruk, who died in the war.

And while Musyak is competing in The Hague, his mind is elsewhere.

“We are only the second day here, we got here from the front line and, until now, I’m mentally with my brothers in arms, of course,” he said. “After the end of the competition, we return to the front line to defend our country.”

Follow the AP’s coverage of the war at https://apnews.com/hub/russia-ukraine

MiGs for Ukraine: Who Will Send Them — and How? | Political News 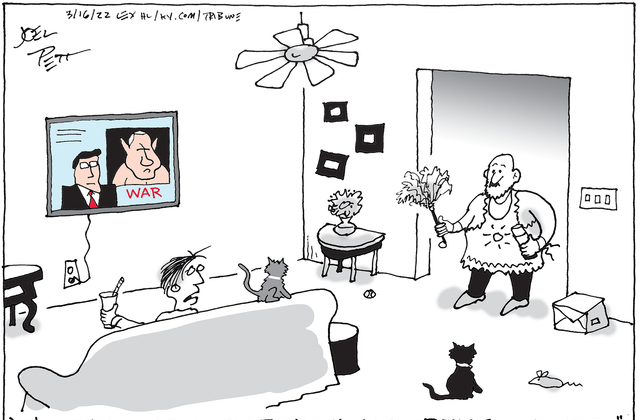